A suitable job for every Brussels resident, that's the dream!

A good job is an accessible job

The gap between personal skills and job requirements is too big

Agora is a  citizens' political movement which advocates a form of democracy by lot. Its central objective is to inspire a more representative form of democracy, with more deliberation and participation, by establishing a  Citizens' Assembly with members drawn by lot, working in parallel with the elected Parliament.

To achieve this objective, Agora decided to stand in the regional elections in May 2019 in the Brussels-Capital Region. Thanks to the trust of 3629 Brussels voters, the movement won one seat in the Brussels Parliament.

Agora is now organising a Brussels Citizens' Assembly, made up of 50 Brussels residents drawn by lot, whose proposals are then shared in Parliament by the elected spokesperson. At the same time, Agora works within parliament on participative democracy in general, with the particular aim of establishing the Assembly as a more permanent institution.

Through the assembly, Agora hopes to encourage the implementation of true citizen democracy. In addition to its legislative efforts, the Assembly also serves as a tool to inspire better representation, encourage debate and discussion, and increase participation, throughout the whole of society.

The Brussels Citizens' Assembly (BCA) is an assembly consisting of 50 citizens drawn by lot.

This sample is statistically representative of the population in terms of age, gender and level of education.

This Assembly seeks to be deliberative, since the participants have different opinions, and are encouraged to share these, allowing ideas to develop and evolve.

Finally, the system is participatory in the sense that every Brussels resident has a real chance to actively participate in the decision-making process.

The first cycle of the Brussels Citizens' Assembly, in proactive mode, was organised in 2020. Due to the public health crisis, this was completed over two semesters instead of one.

In December 2020, the Assembly presented its proposals for housing in Brussels in the form of the 'Citizens' Housing Resolution'. You can find out more about the resolution and how it was presented in Parliament on the Assembly website.

The second cycle was organised during the first semester of 2021. It was the first reactive cycle, and here the assembly formulated a position regarding the proposals dealt with in the committees of the Brussels parliament.

Due to the pandemic, this cycle took place mainly on an online platform and via videoconference.

The third cycle took place from October 9th to December 11th 2021 and was again a proactive cycle. The assemblists from the first and second cycle decided that the theme for this cycle will be employment.

Given the health situation, it took place in a hybrid way with face-to-face meetings, virtual moments and via an online platform.

In décembre 2021, the Citizens' Assembly presented its proposals surrounding employment in the form of the 'Citizens' Employment Resolution'. You can find out more about the resolution and how it was presented in Parliament on the Assembly website.

The fourth cycle has begun! It is held from August 30 to December 17, 2022.  It is a proactive cycle on the environment. Congratulations already to all the assemblists who take up the challenge!

Participants submit the reports from the Assembly's reactive cycle to Pepijn Kennis! 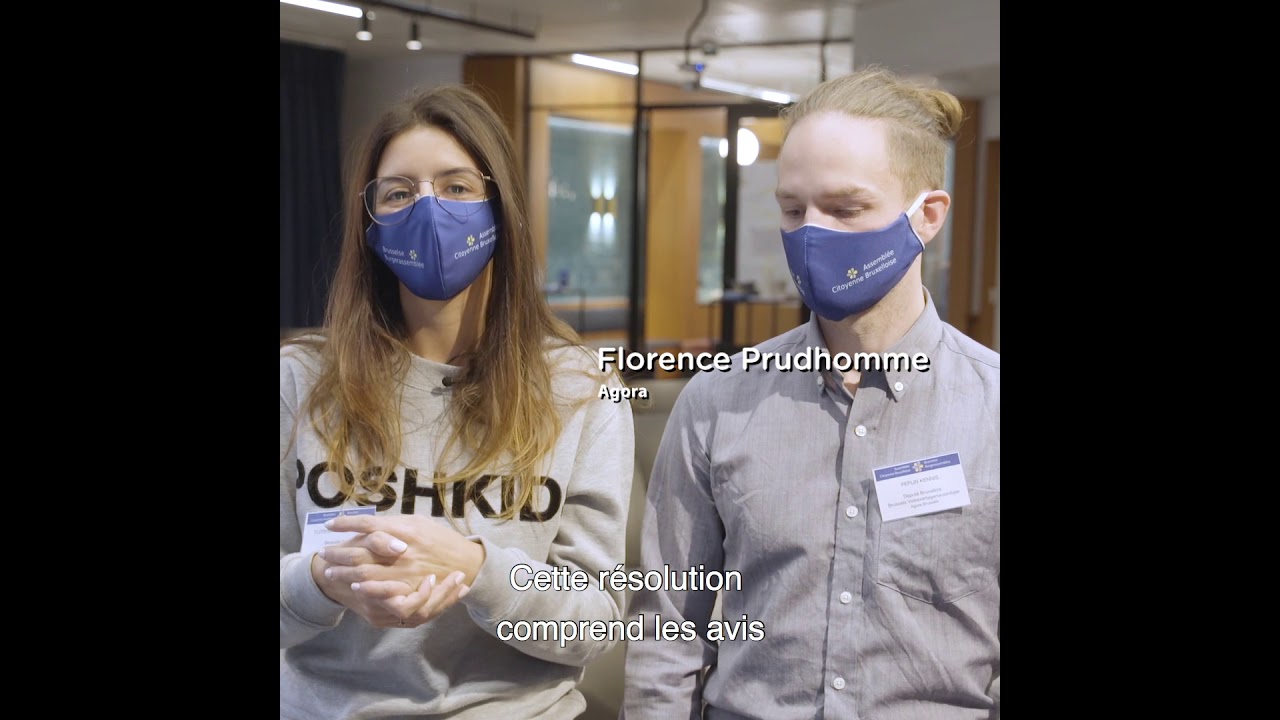 The first Citizens' Assembly of Brussels - in the bag!

A suitable job for every Brussels resident, that's the dream!

A good job is an accessible job

The gap between personal skills and job requirements is too big

The BCA presents its Citizen Resolution on Employment, and the press is talking about it!

Keep up to date with our news